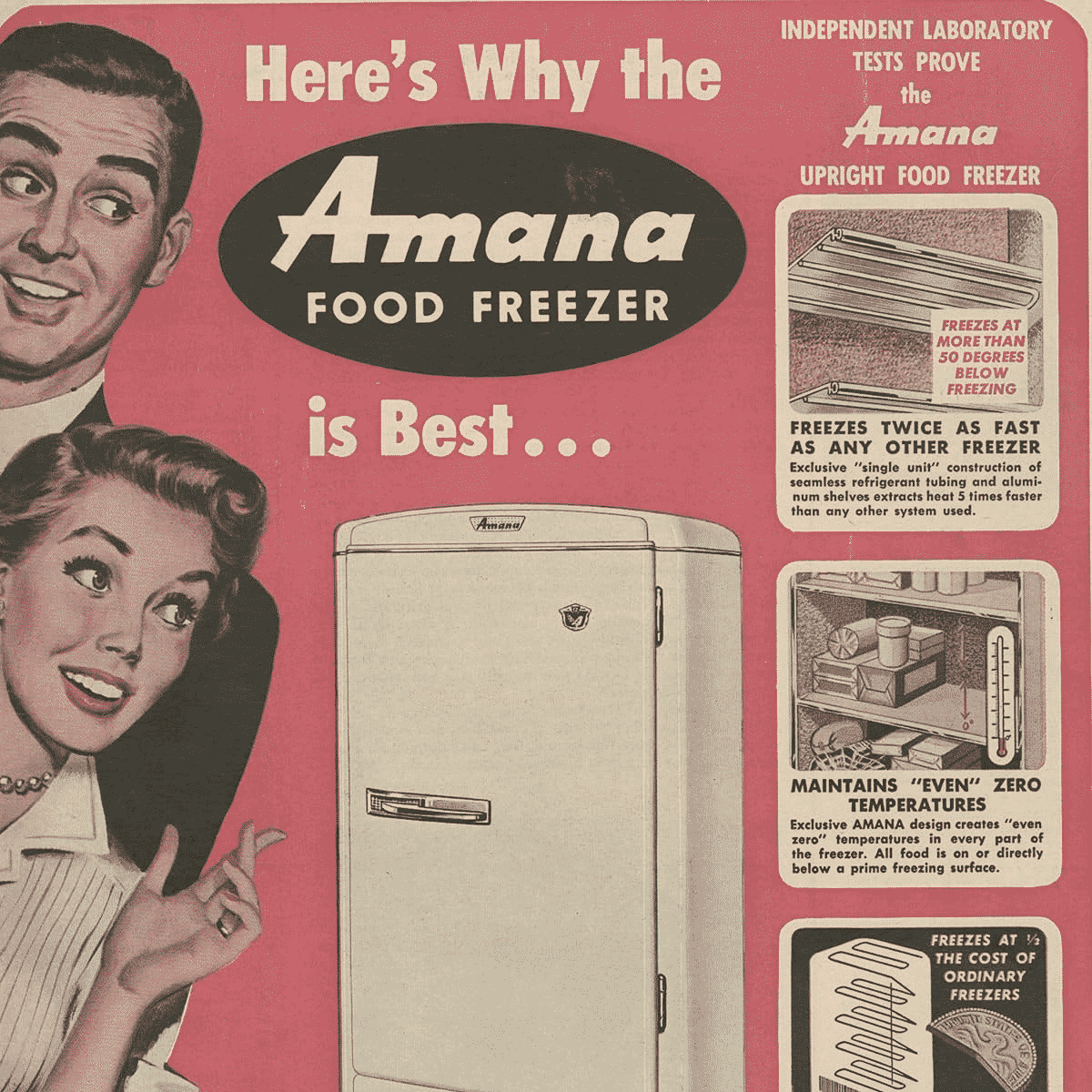 Right after electricity was invented in 1879 by Thomas Edison, life has seen a lot of many more inventions that relied on this major invention. Among those vast inventions, we have the home appliances that we use today. In the onset of the 20th century, a lot of home appliances were invented as a man began to modernize and make life easier. During this era, the great appliances we use today were brought to fruition in our homes. Let’s have a look at these commonly used appliances and how people started using them.

In November of 1906 to about April 1907, Cassier’s Magazine is believed to have captured one of the earliest pictures of the earliest washing machine, with a woman sitting on it. The washer is believed to have been a product of the Nineteen Hundred Company. This washing machine was later linked to Alva J. Fisher as the inventor, although it was never clear if he was the true inventor of the device. This was back in 1916. It was until 1922 that Maytag Corporation came up and invented the washing machine with an agitator.

Before all these discoveries were made, washing was done only by hands or with washboard in the rivers, lakes, or streams and would use ashes and plant extracts as soap. In Rome, people would use water collected from washing clothes by hand since they had learned the water collection technique known as aqueducts. Detergents such as lye soaps, fuller’s, and white clay started emerging during the middle age and were always used in washing in tubs.

During the 18th and 19th century the manufacture of soap intensified as buckets and closed tubs with wooden paddles and agitators became the first forms of washing machines. As soon as electric washing machines started encroaching the market in the 1920s, these traditional washing appliances left the electric one’s stage. During this period, people began using these advanced electric washing machines, backed up by the fact that electricity was now in almost all residential homes in the US. 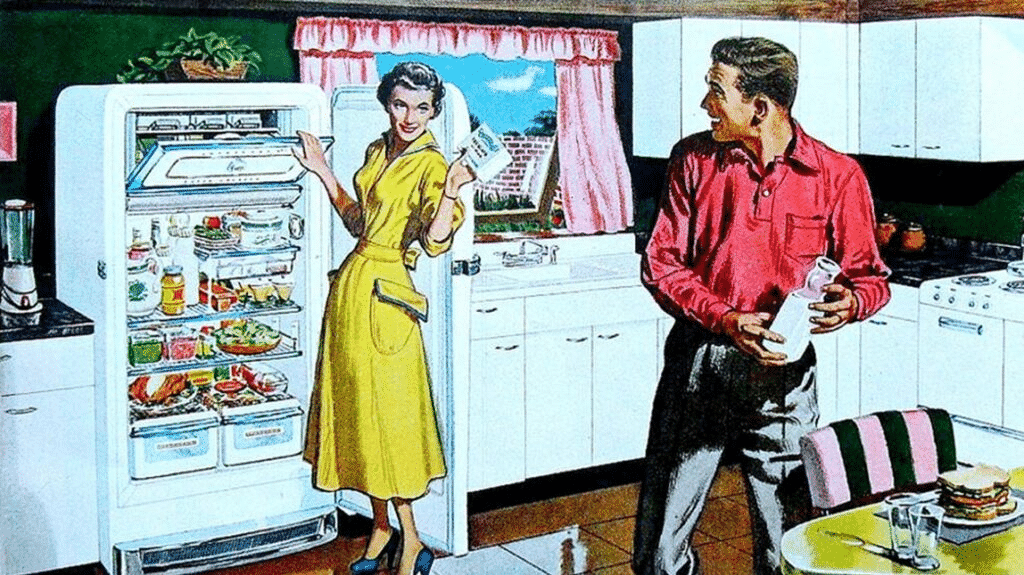 Refrigerators have played a great role in human lives that it is difficult to picture life without them. Almost all types of food would need refrigeration at one point or the other, be it to maintain the food’s flavor or preserving it from getting worse and harming us when we consume the same. Before electricity and fridges were discovered, man had to rely on nature to protect his food for future use. For example, in ancient China and Rome, snow and ice were primarily used for refrigeration and food preservation.
In some years back in the ’90s, food would be placed in buckets and submerged in a cool river or lake for preservation. The demand for refrigerators was only realized in the mid-19th century when German breweries started making way into the US. This led to the invention of the earliest refrigeration device that was used by S. Liebmann’s Sons Brewing Company in New York in 1870. After that, other brewery followed suit, and later butcheries joined until finally, the refrigerators found their way into people’s households.

Ironing never started with the coming of iron boxes. This trendy and fashionable practice traces its origins from far back in history in the 800AD, where people used stones, bones, and glass to press away wrinkles from their clothes. In Europe, during the Middle Ages, flat, smoothing, or sad irons were majorly used to straighten clothes. It is from these stones and glasses that the idea of creating charcoal boxes for ironing.
After these, gas irons were invented. They were fitted with tubes that would connect the iron to a source of hot gas for heating up the iron box. It was after the invention that Henry W. Seely patented his first electric iron in 1882 even though some electric iron models were already being worked on by others. At the onset of the 20th century, electric irons became the in-thing, and it was hard to miss it in any household you would visit then.

Shaking the dust off carpets and rugs could involve some thorough beatings and thrusting until all the dust was seen off the rags. However, this changed when Vacuum cleaners came into existence. The first claimed and patented vacuum cleaner to exist traced back to Murray Spangler, who had created an electric model to help with his allergies. However, the ownership rights of this invention were bought by William Hoover. This is how the vacuums ended up in people’s houses to date. The earlier versions were so big that it would take several people to operate.

In 1922 another home appliance invention was made by one gentleman, Stephen J. Poplawski, who came up with the Electric Blender. In its earliest uses, the blender was used in making milkshakes and malts, making the appliance very popular across the country. In 1932, he improvised the blender and came up with one that could make juice from fruits and vegetables.

Bread toasting has been going on over the centuries as the earliest practice of bread toasting was first recorded in Rome, where they held bread on an open fork then held over an open fire. Many other devices and methods were used to find out which one would be the ideal tool for bread toasting. It was until the year 1919 that Charles Strite invented the pop-up toaster and took out a patent. These toasters soon began finding their ways into people’s homes for domestic use.

With the invention of home appliances and with many families buying and using them in their daily lives, it became prudent that home appliances repair services be available to help users with maintenance and installation of some appliances. For this reason, Appliance Technicians Limited came to being, and their professional team will stop at nothing until they have your appliances fixed and alive. Try out our services today.

We are ready to serve you